Planet3D features a section from a 19th century painting of a woman entertaining herself with a stereoscope.

In a brave, creative move the NY Public Library has made more than 40,000 stereograph images available online at a new site along with a tool it’s calling the “Stereogranimator.”

Stereoscopes are a fascinating part of 3D history. They remind us that 3D is not a new entertainment phenomenon but a technique we human beings have been playing with for a very long time.  The cards themselves are windows into other times and places—the stereo effect often brings a startling realism to a old-fashioned sepia image.

This Sterogranimator tool lets users select an image from the archive, render it as an animated gif and/or an anaglyph image (where two color offsets create the illusion of depth). These can then be shared in the online gallery (and in the case of the anaglyph images, viewed with red/blue glasses).

A page of frenetic flashing gifs or anaglyph pictures at first glance may seem, well, silly. Take some time to look at them and notice the subject that photographers chose to shoot (and site visitors chose to “stereoanimate”—the depth of images, the vantage points, the subject matter.  It will bring you closer to some pretty amazing people, places, and things.

While debate continues about 3D as a cheap commercial trick or powerful visual tool this project brings interesting insight and context. 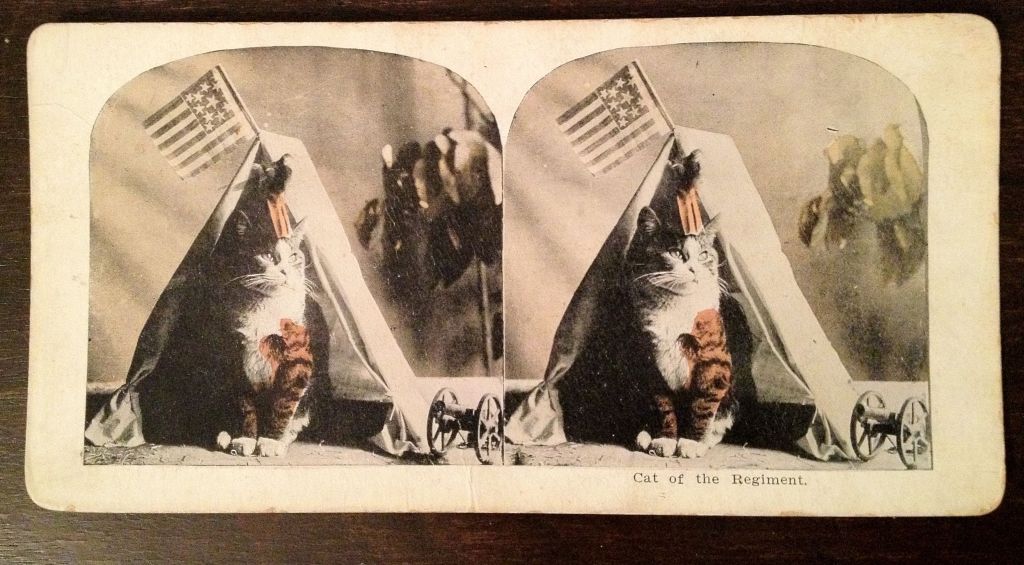 From the private collection of Planet3D: before cats on the Internet there were stereoscopic cats.